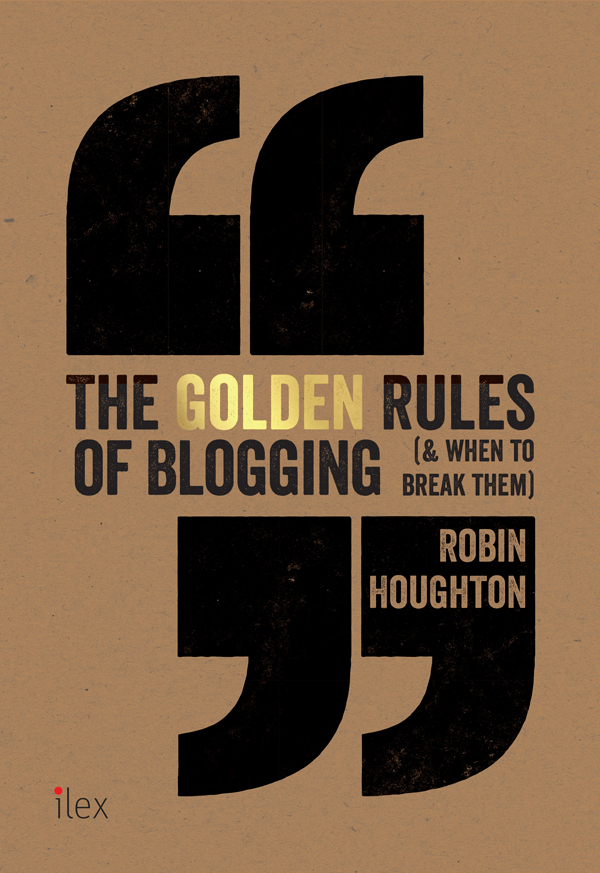 April 2015 – The Golden Rules of Blogging (and when to break them) (Ilex / F+W Books) is now out. Available from all good bookshops or buy it on Amazon UK or on Amazon.com.

November 2014 – Blogging for Writers, How Authors & Writers Build Successful Blogs published by Ilex Press in the UK and F+W How Books in the US. Available from all good bookshops or buy it on Amazon UK or on Amazon.com.

Blogging for Writers follows on from Robin’s first book, the best-selling Blogging for Creatives (June 2012) from the same publishers. It is available to buy from Amazon. It is still consistently ranking in the top 10k titles on Amazon. See acclaim for it here.

This site uses Akismet to reduce spam. Learn how your comment data is processed.